Travels of the Letters in an Emigration File 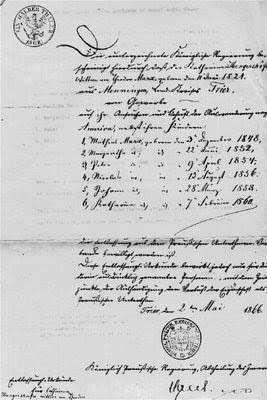 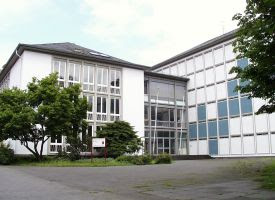 Some people who emigrated in the 19th century generated a plethora of paperwork, mostly in the form of letters, when they asked permission to leave their country. I discovered this by accident when I decided to see if I could find a copy of the passport issued to Johann Meier, my great-great grandfather.

At first I was disappointed that no passport copy could be found in the State Archive at Koblenz, Germany. Instead, there were several pages written in a mostly illegible (to me) handwriting that were connected to the emigration of Johann. However, I was touching one page containing the signature of my great-great grandfather. I was thrilled and, at the same time, disappointed because I had no idea if important information might be hidden in the unintelligible handwriting above his signature or in the other documents.

The helpful archivist at the Koblenz Archive read a small portion of one of the documents to me. It told of a problem concerning Johann Meier's military service which had developed and generated an unusual amount of paperwork. This set me to wondering. Where were the officials located who had the power to give approvals to the application? What Government office/s handled the application? How long a time passed before Johann Meier was informed of his problem? Once the problem was resolved, did the original application continue or did Johann have to start over? I wanted to know the rest of the story.

A year later, I found a researcher able to go to the Archive in Koblenz and translate each page of the emigration records for my great-great grandfather. Part of his assignment was to note where these letters traveled in the amount of time between Johann Meier's original application to emigrate on February 20 and the date when the final permission letter of March 5 which had the power to permit Johann Meier and his family to start the process of making the long trip to Wisconsin.

In this post, I've detailed the sequence of the correspondence for Johann Meier's emigration permission. I've noted in bold the date and place where each piece of correspondence was written.


On 20 Feb 1861 there was a hearing at Beurig, the mayorality for both Irsch and Beurig. It was conducted by the Bürgermeister (mayor) Nikolaus Bodem. The result of this hearing was Johann's Meier's "declaration of intent to emigrate" document as handwritten by Herr Bodem.

"Today, farmer Johann Meier, 35 years old, of no military obligation, resident of Irsch, appeared before the undersigned mayor and declared that he intends, with his wife Magdalena Rauls, 33 years old, and his four children Mathias Meier, 11 yrs., Anna Meier, 9 yrs., Johann Meier, 3 yrs., Michel Meier 15 months; to emigrate to North America where he already has two brothers-in-law." To this end, he wants to receive the requisite permission to emigrate.

"Upon his declaration, the undersigned mayor warned him:
1. that on receiving the permission to emigrate, they will, from that point forward, no longer be regarded as Prussian subjects;
2. that their readmission to the fatherland may be denied if such is found to raise any concern;
3. the the permission is null and void if emigration does not actually take place within the specified period."

"After being read the above, the petitioner approved, cosigned and then deposited the requisite 15 Silver Groschens for the consent"

The above official letter was accompanied by a second brief letter, as follows:

"A br. m. (possibly an abbreviation of the Latin brevi manu, meaning brief handwriting) to his grace the Royal County Commissioner Mersmann at Saarburg with fifteen Silver Groschens for the consent stamp, and the application to be most obediently presented. The said Meier and the members of his family are not on trial in any court case, and have paid their taxes and community fees as far as they are obligated."
Beurig 21 February 1861
(signed) Bürgermeister Bodem*

The above letters were sent on February 21, 1861 to the head administrator of the Saarburg District, Landrat Mersmann. He was the representative of the Prussian Government in an area about the size of an average county in the United States. Evidently, Herr Mersmann dutifully and promptly forwarded this application to the Royal [Prussian] Government, Department of the Interior. On February 22, 1861 he wrote:

"A letter to the Royal Government of the Interior of Trier. To be presented obediently with the application for the gracious issuing of the requested permission to emigrate."
(signed) The Royal County Commissioner Mersmann

On February 27 1861, a week after Johann Meier had made his emigration request, this terse communication was composed by Herr Arndt of the Department of the Interior at Trier and addressed to Landrat Mersmann:

"Originally for the immediate attention of Mr. Examiner for narrower clarification as to why the said Meier, 35 years old is of no military obligation. Please return [an explanation] within eight days!"
Trier, 27 February 1861
(signed) R. R. Arndt

Herr Mersmann lost no time in replying to the correspondence from Trier. I will never know if he had the necessary record concerning Johann Meier's military service in his office, or if he contacted Herr Bürgermeister Bodem or Johann Meier or both of them. But this communication was sent from Saarburg to Trier on March 1, 1861.

"The Royal Government Department of the Interior at Trier, most obediently, with the instruction to remit [confirm] that in 1847 the applicant was designated Battery A by the Deputy Reserve Commission because of Mindermaaß** and has no military obligation."
Saarburg, the 1st of March 1861
The Royal County Commissioner Mersmann"

Johann Meier was most likely unaware of the problem which had developed after his emigration request had been signed and the fee paid. Perhaps he never knew that his application permission was generating documents that were going back and forth between Saarburg and Trier.

The final documents in the emigration file of Johann Meier are dated March 5, 1861 and were sent to Saarburg from Trier.

"To the Royal County Commissioner at Saarburg
Release Certificate of : Johann Meier of Irsch, Saarburg County"

"Enclosed find the certificate of release for Johann Meier of Irsch requested by your office per brevi manu [short letter] Nr. 683 of the 22nd of the prior month. The requested certificate of release is for Johann Meier of Irsch who intends to emigrate to North America. Please deliver the release to him and send to us the Stamp fee of 15 Silver Groschens."

"The Royal government named below certifies herewith that the following have been granted a release from the Association of Prussian Subjects:


Farmer Johann Meier, 35 years old from Irsch, Saarburg County, at his request and for the purpose of his emigration to North America; as well as his wife Magdalena Rauls, 33 years old, and the following minor children in the father's custody: 1. Mathias Meier, 11 years old; 2. Anna Meier, 9 years old; 3. Johann Meier, 3 years old; 4. Michel Meier 15 months old.
This release certificate is valid only for the persons expressly named as of the date of its issuing. The release effectuates the loss of status [rights] as a Prussian Subject. The release certificate expires if not made use of within three months of its issuing."
Trier, 5 March 1861
Royal Prussian Government; Department of the Interior


Beurig and Saarburg were less than a quarter of a mile apart. It is easy to picture a messenger delivering documents betweeen the offices of the Mayor of Beurig and the Landrat of Saarburg. Saarburg and Trier are about 14 miles apart and were sent by the Prussian postal system.  Thus here is the path of great great grandfather's emigration papers: 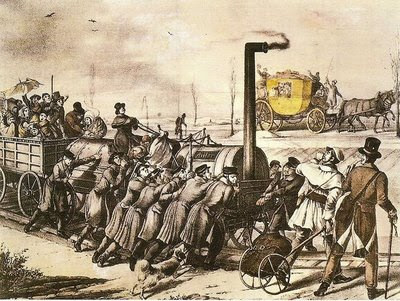 Documents were no doubt handled by postal coach in 1861, since the railroad connecting Saarburg and Trier had only recently been finished. Eventually the railroads put the postal coaches out of existence. But it would seem that for short distance delivery, the postal coach of 1861 may have been just as timely as today's U.S. mail system.

* Mayor Bodem had a flamboyant signature; one of which he was probably very proud.
** Mindermaß is a term which means that Johann Meier was too short for military service.

For more information about the emigration process, see my archived post for April, 2006.

Posted by Kathy, the Single-minded Offshoot at Saturday, January 31, 2009