As I told you, in the next few weeks I will give you snippets of information that come my way as I do my "authoring." 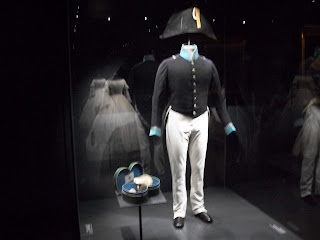 I found this very interesting.  Prussian city and village officials of the mid 1800s wore uniforms, especially for significant events.  Therefore, the Mayor Herr Bodem of Beurig/Irsch would have appeared at official functions in a blue uniform, short jacket with epauletttes and a tricorne hat I associate with the French Napoleonic times.  The two hats were similar - except that the Prussian eagle, which irreverent men of Kreis Saarburg called the "Cuckoo," was the symbol that often decorated the Prussian tricorne.