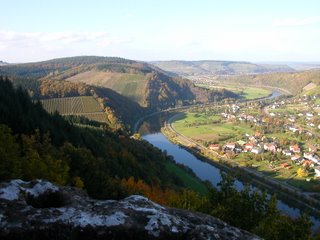 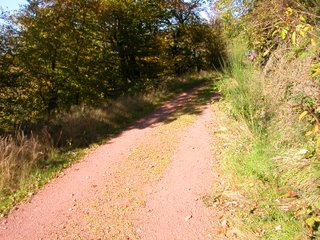 I asked my father, "Vater, what is the Revolution?"... '"Ach," he said, "nobody knows what it is, and everyone makes of it what he wants." Grandfather of Peter Fass, Serrig

The Revolution That Failed

Those of us who have 19th century Rhineland ancestors soon learn about the Revolution of 1848, when there was a short-lived struggle with the Emperor of Prussia for more individual liberty and the freedom to participate in the process of government.

After some initial success, the proponents of a more democratic form of government (or even a republic) in the Prussian Rheinland failed to bring it about. The Prussian emperor did not look kindly on the rebellious activities, and those identified as a threat were sought out for punishment. This caused many of those who had gained notoriety to flee.

Because America was seen as a place where democratic ideals flourished, some of the escaping so-called "48'ers" chose it as their new homeland. Most of these men were from the middle class and educated - the so-called "German gentlemen farmers." A good example is Carl Shurz who took up a new life in Watertown, Wisconsin; and in the 1860's became a leading figure in the Republican party and an advisor to President Abraham Lincoln.

Most of us are not the descendants of well-educated revolutionaries. Our forefathers were struggling farmers, craftsmen, and dayworkers. But just like the fleeing 48'ers, our immigrant ancestors wanted to escape - not from a courtroom or a prison but from economic hardship or outright poverty. This was a time when the winemakers of the Rhineland were suffering poverty because the bottom had fallen out of the wine market. New taxes and fees depleted even further the already stretched purses of the farmers, winemakers, craftsmen and laborers. They were ready to revolt.

While our Rhineland ancestors' activities during the revolution may not have put them in the history books, they, too, took part in the disorder and excitement that was sweeping the region; some as observers, others as occasional participants.

The Revolution Comes to the Saar Valley

In his history of Saarburg, Nikolaus Ritzler talks about 1848 bringing an overthrow movement to the city.

On March 25, 1848 toll stations in Trassem were destroyed. On the same day, a toll in Niederleuken was demolished. And in Freudenburg a toll was dismantled and the German flag of the revolution (not the Prussian flag) was flown. In this dangerous atmosphere, a regiment of soldiers was sent from Trier to Saarburg; but were withdrawn again because of the protests of the city government. This left the Saarburg mayor, Herr Crell, and the head of the Saarburg administrative district, Herr Von Nell, in a terribly difficult situation. The Prussian eagle was ripped from the city hall in Saarburg and ruined with excrement and dirt of the road. A pole called a "freedom tree" was planted, and the women and girls danced around it.

In his book about the small wine village of Serrig in the Saar valley, Serrig: Landschaft, Geschichte & Geschichten, Klaus Hammächer included a story by Peter Fass, whose grandfather was the schoolmaster in Serrig in 1848.

The Serrig Schoolteacher's Memories of the 1848 Revolution:

Herr Fass said that people talked of the revolution and believed it would come to them from Trier. One Sunday the men in their clean blue overalls stayed under the mighty Linden at the rear of the church. They talked about the revolution in Trier that was going against the Prussians. One of the men spoke up, looking around anxiously as he talked. He claimed to know that the Trier streets had barricades and that stores were being plundered with the cry of “Liberty, Equality, Fraternity.” The mayor, the police, even the Prussians were gone. A great cry went up from the men under the tree and echoed through the Saar hills. The French of the Saar drank many glasses of Saar wine and Viez that Sunday.

The school children came to school unhappily on Monday. Herr Fass, their schoolteacher, stood quietly on the big stone steps of the school. “Are you youngsters daring to make revolution? No! Are we having school? Ja, get inside!” So the 90 students climbed the stone steps and went into the classroom. Reading, writing, and arithmetic went on as usual, but Herr Fass stood near the window and kept looking out. The students were restless. They felt something important was happening.

Men came carrying a pole which they put up in the free space between the school and the Parish house. At the top there were colorful bands of ribbon. They called it the freedom tree. The men danced around it; one started and the others followed. Their pointed caps were thrown in the air, their blue overalls flapped as even stiff legs cut wonderful figures. No more teaching today. The students ran out to the pole. People from the upper and lower village and from Kirten came running. The Herr Fass still stood at the window and was joined by his wife. "We'll have to wait until they get tired," he said. "Then we'll finally be able to hear ourselves think."

The shouting and the dancing finally died away. But the young fellows cried, "to the Kammerforscht (dialect for the Kammerforst). They went with axes and saws. They found no forest keeper but they did find the men from Irsch and Beurich already cutting. The emperor's oaks fell under the blows of the “freedom men” that had plenty of wood in their own Gehöferschaft and community woods. They brought their burdens home on wagons.

Meanwhile Prussian Hussars had been called into Trier. They were led by a small, stocky general named Schreckensteiner. He jumped on a cannon and told the “freedom men” that if they didn’t make peace, he would fire the cannon and blow the town to bits. That did little to stop them. Suddenly there was a terrible noise; a cannon shot into the air. Almost immediately a white flag fluttered from the St. Gangolf church tower. "We will listen" came the cry.

Meanwhile, in Serrig, after the excitement died down, the freedom tree stood with only a ripped red band still hanging. The farmers, wagons heavy with logs, didn't know what to do with them; and they needed their wagons for hauling their hay

The forester who had run away from the Kammerforst had sent a message to Trier, and some Hussars came to Serrig. By the time they got there, they were very thirsty and hot and so were their horses. The people raced into cellars and stalls and brought out Viez, more and more, in bucketfuls. The soldiers drank and drank. They decided to use the schoolhouse as their headquarters, so they marched to the door and claimed it in the name of Prussia. Herr Fass and his wife had no choice but to turn it over.

The soldiers had little else to do but ride out now and then. They made themselves comfortable in the classroom. Mostly they played cards from early morning until late at night. They had made Serrig peaceful just by their presence. The worried villagers took care of the soldiers' food and drink. And they were hungry! After the soldiers left, there wasn’t much left to eat but pancakes. The school was cleaned and put back into use. The school children were sorry to see the soldiers leave.
Posted by Kathy, the Single-minded Offshoot at Tuesday, March 14, 2006