A New Year's Resolution for This Blog 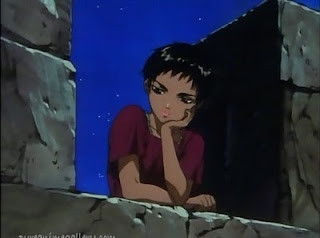 The tradition of the New Year's Resolutions goes all the way back to 153 B.C. according to many sources. Most sources attribute it to (blame it on?) the Roman god, Janus, who faced both backward and forward. I suppose the premise in those early days was was that Janus (somewhat like Santa Claus) knew about mistakes each person had made in the past and was expecting better behavior in the coming year.
My resolutions for 2010, the fifth year that I will be writing this blog, have to do with change. I thought about ending the blog now that I have written approximately 60 posts, but seem to be unable to quit cold turkey. In e-mails and a few comments on the website itself, it seems that the work I have done has been helpful. I don't want to lose that.
At the same time, I think I have covered most of what I have available to me in terms of social history. Without another trip to Germany (it has been five years since my last visit) and new book purchases, I'm no longer finding enough material for the long-length topics that I've written in the past. So in the coming year, my blog posts will be shorter and, I hope, more frequent, because I often find facts that fit the blog; but are too short to constitute a blog post as my readers know it. Some posts may still be long - others rather short. But I hope all of them will have some useful information on the social history of the 19th century in the Trier area and the Rhineland.
The other thing I hope to do is begin the systematic labeling of my past posts, thus bringing them into good order and making them more obvious and useable. In the past, by the time I had finished a post and managed to get it to look relatively normal when published - not always an easy thing to accomplish when the text suddenly appears in letters an inch tall or in type so tiny only the very far-sighted could read it. I was too brain dead to figure out proper labels by that time. Yet labels would bring posts together under logical headings such as holiday customs, farm life, immigration, clothing, etc. My choice of posts has never been systematic. When inspiration hits, I write. Exactly what all the label terminology will be is yet to be decided, but I know a labeling system would be helpful to me and probably to you too.
My third resolution is to follow through on some additions to posts for which I lacked either time or information when I did the original. I'm thinking that rather than add the material to an old post, I will write it as a new post, using the label method as well as a URL in the text to bring in to its rightful place.
My fourth resolution is to encourage readers out there to let me know when they find something useful and to share what they know with me and anyone else who reads a post. Or just let me know now and then that I am not writing in a vacuum. I once gave a lecture on genealogy by phone hookup. I sat in an empty room and gave out what information I had. I've done public speaking in my time; that was the most unrewarding of any of it. I kept wanting to ask, "Is anybody out there?" That's what I'm asking now!
Happy New Year!
Posted by Kathy, the Single-minded Offshoot at Sunday, January 03, 2010